Advertise or Host A Radio Stream or Link from Only R20 per month!

Promote or Host your Radio Station Stream on the website domain that corresponds with your FM Frequency! Over 230 websites from 87.0FM.co.za to 107.9FM.co.za.
See our Advertising Rate Card Here
- Click Here to Subscribe to SA-Radio.com Music News Feed and Gig Guide!

Send "Home" or "Car" or "Life" or "Funeral" or "MVA" and your Full Name, Age and Cell No. to: [email protected] or just go to www.MedSure.co.za, fill in the relevant form and we'll call you.

The ANC Treasury General, Paul Mashatile, was apparently unaware that an invoice was made for the debt to be paid.

It was apparently only when the invoice, with an amount of R102 million, was shown to him, that the sparks flew.

An investigation has now been ordered following the invoice issued for the delivery of 35,000 election posters that were apparently not approved by the party.

Mashatile was apparently unaware of the deal until the invoice was brought to his eyes, and an investigation is now underway as to who is responsible for the mess.

However, it appears that the ANC did receive and use the posters, and will thereby also be responsible for paying the bill.

END_OF_DOCUMENT_TOKEN_TO_BE_REPLACED 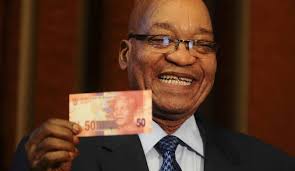 Dennis Dykes says they have done a thorough calculation that is South Africa’s loss due to corruption, maladministration and distorted policies in Jacob Zuma’s second term.

He says there was an estimated loss of R140bn due to taxes lost and now having an impact on the economy.

He also points out that government debt would also have been 49% less, amounting to R250 billion.

The amount lost in the latter half of Zuma’s regime is greater than Eskom’s total debt burden.

In response to the interview that appeared in Business Day, a businessman from Pretoria was merely saying, “Zuma, you bastard.”

Read the original article in Afrikaans on Die Vryburger
This report does not necessarily reflects the opinion of SA-news.

END_OF_DOCUMENT_TOKEN_TO_BE_REPLACED

To add your Radio Station, or radio Stream, or to advertise on our network and discuss how you can use it to promote your business, please Contact Us here.

Get a Free Insurance Quote Now: